Now as much as we are all for equality of rights between men and women, inventing men’s bra is just quite ridiculous. Not just because men are not biologically built to wear a bra but also because no man in his sane mind would possibly want to wear a bra? Well whoever could imagine that the image of the macho, hulky men would be reduced to such a funny figure with the imagery of him wearing the bra! That is exactly what these men’s bra advertisements have been showing at least.

Yes you probably did guess it right. The handerpants are supposed to be underpants for the hand! Now if you think that sounds bizarre, you probably need to take a look at the picture for handerpants. Now the photo is just peculiar and extremely strange. Enough to completely put off anyone who was actually planning to buy handerpants in the first place!

Now do you actually think it is a very good idea to manufacturer handsets for a cell phone, considering cell phones were invented to get rid of the concept of handsets in the first place? Well tell that to the geniuses who actually thought that they would have a market for this product. Also it looks atrocious because the handset is bigger and uglier than the actual cell phone. Imagine carrying that around in your purse? It won’t be possible to actually do that so whoever came up with this brilliant idea wasn’t too bothered about the customer convenience!

Of course invented in Japan. Where else can the funniest, strangest and most bizarre products be actually found? It is also interesting to actually perhaps find out who would be foolish enough to fall for such peculiar marketing gimmicls. Since water to begin with has no calories, we are all intensely wondering, with the utmost concentration, that what exactly is diet water meant to achieve? It is quite meaningless to answer such questions while listing the most bizarre products of all times.

The Japanese seem to have invented all types of flavors when it comes to ice cream. While most ice cream makers want to experiment with perhaps the favorite strawberry or fudge flavor, here we have the horse meat ice cream! Now when it comes to such innovative ideas it is difficult to understand what was actually going through the minds of the innovators. Was it done as a joke? Possibly not because the Japanese ice creamers went into the trouble of manufacturing entire tubs of horse meat ice cream! Well, some people just have such a whacky sense of imagination that it is quite hilarious and also let’s not forget bizarre!

Of course manufacturing mother’s milk in containers is taking consumerism to an all new level of err bizarreness? It is almost hilarious to see the entire range of baby products out in the market but this is well just ridiculous. They are packaged and sold as authentic mother’s milk. Err whose mother? Should we even dare ask, well let’s not. Then it will just get too complicated for the product manufacturers. Also, anyone who came up with such a crazy idea probably needs to go get their head checked by a shrink!

Once again Pepsi White can only be found in Japan. Apparently the fizzy drink has been combined with yogurt to provide an all new flavor for the insatiable Japanese market who seems obsessed with uncanny products. Wondering how it tastes? Well, if you are wondering what it tastes like, then you must be quite daring to begin with. Because the a yogurt flavored Pepsi just sounds very bizarre and also atrocious for anyone who likes a fizzy drink.

With this one, I think we are still trying to figure out what the motivation was exactly behind the urinal cake candle. It smells of urine when the candle is lighted, and err is that supposed to be the selling point? Not only does it sound very strange but we are quite convinced that it smells even worse. So if you come across this product anytime soon, you probably know that you definitely need to avoid this. Also, keep hoping that no one dares gift you this ever!

The giant remote is so huge that well its difficult to control it even remotely. So you see where the complication arises. But in case you are planning to keep the television away from your kids, then purchasing the giant remote is possibly a very good idea! This way they will just find it way too difficult to hold on to the remote.

Now this bizarre product is famous because it can adapt to climatic change. If you think that sounds funny, then chocoholics should definitely go out there in the market to purchase one of these. It’s hilarious because these products possibly change color and taste depending upon the climatic shift. It definitely cannot get funnier and possibly won’t when it comes to the bizarrest products ever!

So if you have a bad tummy and find yourself constantly launching those farts, then you need a fart pad. As the name suggests this will definitely well cushion your farts and make it less audible. It sounds strange, looks funny and it doesn’t get any funnier as well as bizarre!

The bacon has all sorts of weird products attached to it. But the strangest ever has to be the bacon bra. Whoever actually thought that women would be okay to wear such bras? Weird imagination these manufacturers seem to have.

Made exclusively for your baby’s bottom! So for children living in the tropical you can make sure that they are very comfortable by just attaching fans to their bottom?

Now this has to be the weirdest baby product ever. You are supposed to put it around your stomach when you are expecting a child and there is a high possibility that your kid will pick up a lot from it.

This is our list of the most bizarre products ever. Some places like Japan just seem to have an affinity for manufacturing the weirdest of products. And some targets like children just seem to have all the bizarre products attributed to them. While most of these products are actually very useless and quite funny, one cannot help but wonder what prompted people to actually spend a lot of money in manufacturing such bizarre items on a large scale basis! Well at least they provide a whole lot of laughs if not any other utility. 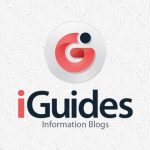 Many people around the world are getting itchy feet about the fact they cannot go traveling. In a recent survey...
Read
Travel

The winter is upon us, and many of us will be planning to visit our loved ones during the festive...
Read
Lifestyle

5 Ways to Take Your Love Life to the Next Level

Being in a relationship while dealing with busy work schedules and household chores can be tough. If you often don’t...
Read

The impact of social media on youth is an indispensable part of today’s society. Over 4.2 billion people use social...