Everything You Need to Know about Fistball

In a world as diverse as ours, there is no limit to the number of strange sports one can find. Among such games, there is fistball. Though, not that eccentric considering some of the other sports on list, it is still a curious game. Fistball, also called Faustball, is a sport similar to volleyball but you couldn’t guess it, keeping in view how little information about it is available on the internet. At first, it sure sounds like a bloody game some college punks came up to relieve their boredom. It is, in fact, a very civilized sport played in countries like Germany, Brazil, and the USA, Australia, etc.

5 Things to Sum up Your Knowledge about Fistball

Most people reading this article must be wondering what the actual heck is this game because they’ve never even heard its name. Therefore, for those people, here is everything you need to know about fistball.

A Brief Overview of the Game

Like I said earlier, it is a game identical to volleyball. There are two teams competing against each other, one on either side of the net. The teams consist of five players each, with two defenders, two attackers, and a setter. The game is based on the error system. The players of each team try to hit the ball over the net to their opponent’s side. If they succeed and the other team fails to defend their ground, it earns them an error and points to the other team. Whichever team wins more points wins the set and similarly, whichever team wins more sets wins the game.

No one can say for certain, but Europe is the originator of this game. According to most internet sources, the sport goes as far back as year 240 when it was mention by some Roman Emperor. Gradually, the game was introduced to other parts of the world and became popular in the 18th century, as a hobby for the nobles. In the modern era, however, it is a competitive sport that also holds the World Championship every four years.

With the widespread popularity of fistball in the late 20th century, it was important to have a governing body. As a result, International Fistball Association came into being in 1960. All countries practicing fistball and hoping to participate in the World Tour must affiliate with IFA. The responsibilities of IFA not only includes hosting World championship but also regulating the laws and rules of the game.

The most prominent rule of fistball upon which the whole game is based is that the ball should never be hit with an open palm. As the name suggests, The ball is only hit with fists or arms. Here are some other basic rules you need to know.

The number of Bounces

One of the main difference between volleyball and fistball is that the ball is allowed to bounce after every hit. But if the ball bounces more than three times on the playing field of one team, it is considered an error.

The number of Sets

Unlike volleyball, fistball players have a fixed position throughout a set. Speaking of sets, the match usually comprises of 5-6 sets but more can be added depending on the circumstances.

The area of the playing field

The playing field for the game is generally bigger than what is used in volleyball. Moreover, the size of the field varies. Depending on whether it is played indoors or outdoors. A court with wooden floor is being used for indoor play. on the other hand, the outdoor game is played on grass.

The number of Teams

One strange thing about fistball is that more than one teams from the same club or country can participate in a single tournament. However, players from either team cannot switch their position during the championship and must stay a part of their original team.

In order to know about the rules and regulations of fistball in depth, you can visit the official page of IFA.

Equipment required for the game

In an informal setting, you only need a net and a ball to play and enjoy the game. However, on a formal stage such as a world tour, the basic equipment stays the same but become more specified. Under IFA’s governance, The dimensions of the ball and net are decided to which every participating team must comply. As for the sports gear and uniform, there is nothing but the basics, making it an affordable game.

Fistball was largely considered a men’s game and no initiation was taken to incorporate females into the sport in the early years. Nevertheless, with improvement in conditions and further development of the game, women began to actively take part in fistball.  The first World Championship was organized for women in 1994. In which Germany came out victorious who also holds the current World Champion Title.

Previous articleUnderwater Hockey – The Sport you Should be Playing This Summer!
Next articleAdult Kickball: A Great Fun under the Rules 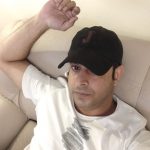 Today, providers of business software such as ERP systems are constantly working on further solution development to support their customers...
Read
Lifestyle

Golf is, infamously, a very frustrating sport. It can take years –– if not decades –– to sharpen your game...
Read

Golf is, infamously, a very frustrating sport. It can take years –– if not decades –– to sharpen your game...