The Ford Fusion is a popular mid-size vehicle that has dominated the market from 2005 to 2020. Fans say it was made for a refined ride.

The supporters call it a good car because it is easy to ride and quite dependable.

The interior focuses on comfort. It also brings a lot of versatility to the table. This means everyone can get close to what they are looking for, from gasoline to gas/plug-in electric hybrid.

In terms of specs, the 2020 Ford Fusion S has four doors and five seats. It burns a combined 24 MPG and has a four-cylinder engine, which is considered optimal.

For example, the Ford Fusion is better than the Ford Taurus when it comes to economizing fuel.

So, with all the accolades, why did Ford decide to discontinue the model? The company believed that it was the right time to put more focus on trucks and SUVs.

In 2023, Ford will bring back the Fusion, but it will face a lot of modification to find a spot in the lineup of SUVs. The third generation of Ford Fusion will have a starting cost of around $27,500.

Hand-Picked Content: Toyota Prius Mods That Are Functional And Elegant

While it is primarily a good car that does the job well, owners still have to contend with specific issues. Some are even wondering, do Ford Fusions have a lot of problems?

There are some common problems with Ford Fusion, but thankfully, solutions do exist to address them. Here are the top Ford Fusion problems.

Do Ford Fusions Have a Lot of Problems?

Six Ford Fusion issues are reported more often than others.

If you are driving slowly and your power steering fails, stopping the car to call for help might be annoying but feasible. However, if you are going fast, things can get dangerous rapidly.

The main thing to do is to try hard to steer the car in the right direction before you can reach an expert for guidance.

The solution that the automobile manufacturer opted for was to recall 2011-2012 models that did not have a 3.5L engine.

There was also a recall for 2013-2016 models due to a possible electronic power steering failure linked to different contaminants and road salt.

However, this recall mostly had to do with certain regions where roads are salted in winter. A VIN check can tell you if your vehicle is featured on a recall list.

It will cost you close to $400 to get the issue fixed if it involves a pump replacement. Most technicians can take care of this problem in two hours. However, in some cases, the price tag can go up to $1,600.

According to reports, the issue tends to surface when the vehicle hits 107,000 miles. This is the average for owners who filed their complaints.

While a power steering failure is on top of the Ford Fusion’s known issues, there are others that can be as inconvenient.

Airbag issues are among the most significant sources of complaints for Ford Fusion owners.

Those problems grabbed headlines, and the Takata airbags were mostly blamed for the things that went wrong. A recall addressed the matter for models from 2006 through 2012.

The degradation of a propellant led to the explosion of the airbags, which caused the firing of sharp metal fragments. Serious injuries and even deaths have been reported in relation to these issues.

This is the second Ford Fusion problem with the most complaints, and because of its severity, it is best to rely on an expert to solve the matter.

This third issue primarily concerns models from 2013-2019. These Ford Fusion models have 1.5 L and 2.0 L EcoBoost engines. When there is a head gasket failure, some owners notice the coolant leaking and the engine misfiring.

Those signs point to a head gasket that is no longer functioning. This should be handled as soon as possible because it can lead to engine failure.

Many drivers have said that in such a situation, there is a warning from the check engine light. However, some owners have said they never got the light to come on.

The simple solution to this problem is the replacement of the head gasket. However, it is not always possible if engine failure is involved, and this can get very costly.

This is a well-known issue that affects Ford Fusion models from 2006 through 2012. The braking problems can take different forms. Here are a few indicators that you are dealing with braking issues.

If you have to apply additional pressure for the vehicle to stop, it might be time to check your brakes. In some cases, the car only stops long after you press the brakes.

Owners have reported that the brakes would fail while driving, and the pedal even ends up on the floor. All those occurrences must be addressed seriously because they can lead to crashes and put you in danger.

A VIN check will let you know if your model was recalled. To fix those problems, there was a recall of Ford Fusion models from 2006 through 2010.

The valves of the ABS Hydraulic Control Unit were blamed for the braking issues. Some owners have also pointed the finger at the master cylinder for the braking problems on those models of Ford Focus.

It can cost up to $800 to fix the braking problems.

A faulty throttle body can be responsible for your car stalling, jerking, and hesitating while driving. The Ford Fusion models that have received the most complaints for throttle body failure are from 2010 through 2016.

The throttle body, which is a butterfly valve, is there to regulate air intake to the engine. You need to have enough air for the power to be generated.

In short, if your car is lacking power and having trouble accelerating, it might be time to replace your throttle body. This move will cost you up to $1,000.

Bushing failure is an issue that has affected Ford Focus models from 2013 through 2016. The problem is used to prevent the vehicle from switching to the desired gear.

The source of this issue is the bushing that connects the shifter cable to the transmission not functioning correctly. Up to 3 million Ford Fusion owners faced this problem.

In some cases, the car has stopped working. Ford recalled close to 500,000 vehicles because of bushing failure. The 1.5 L, 1.6 L, and 2.0 L engines were directly linked to this recall. The same goes for the 6F35 and eCVT transmissions.

Also Read: What The Heck Are Continuously Variable Transmissions?

In clear, it is important to replace your bushings rapidly; doing this will pay off in the long run.

Is Ford Fusion a Reliable Vehicle?

Buying a car is an important decision. There are a lot of elements to take into consideration. Ford Fusion is generally considered a good car because it is reliable.

The life expectancy for a Ford Fusion is about ten years on average. Obviously, different factors play into this. If you pay close attention to certain details and take good care of the vehicle, it can reach up to 15 years.

Experts say that luck also matters in this situation because avoiding major problems is essential. All the success stories about Ford Fusion generally involve the maintenance history.

Ford Fusion is trusted for many reasons. The materials that are used on these models are some of the best in the automobile industry. Moreover, the mechanics handling the maintenance on these cars really know what they are doing, and they have a lot of experience.

Another critical element in favor of the Ford Fusion is the warranty, which is quite comprehensive.

How Many Miles Do Ford Fusions Last?

Ford Fusion models can last up to 200,000 miles. However, like for the life expectancy portion, maintenance is key. If done well, those miles can quickly go up to 300,000. Driving in a smooth fashion can be helpful to get there.

Ford Fusion has been on the market for a while. Some years have been good, and others not so much. Based on the numbers from Car Problem Zoo, the years 2010, 2011, and 2013 are among the Ford Fusion models with the most problems.

For 2007, the interior design left a lot to be desired, and there needed to be more power. Moreover, you have to couple all of this with a bumpy ride.

2008 followed the same patterns as its predecessor and is considered one of the most unreliable vehicles on the crowded market. Car Problem Zoo lists 2020, 2018, and 2019 as the years with the least reported problems.

The Ford Fusion is a pretty decent car if you value reliability. As it gets ready to make its comeback, owners appreciate how most of the Ford Fusion problems were handled with calm and precision.

While the models may be expensive, they are very stylish and tend to respect the standard rules in terms of safety.

The competition in the sedan market is fierce, but the Ford Fusion has nothing to be ashamed of.

Previous article21 Questions for a New Relationship to Determine if You’re a Good Match!
Next articleHow to Pack a Backpack? Step-by-Step Guide 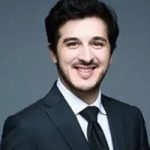 Paul Fisher
Freelance writer with a passion for internet marketing and learning. I am happy to embrace the freedom of writing for online publications.

How to Winterize a Camper? A Step-by-Step Guide!

The quest for freedom has made the RV lifestyle really appealing to a large group of people. It is a...
Read
Startups

How to Start a Shipping Business? 12 Tips for Company to Win

Online shopping has grown tremendously in recent years. The train was already in motion for quite a while. However, the...
Read
Info

How do zip lines work? Things to know before the first ride!

Zip lining has been around for hundreds of years. It has never gone out of style. However, it has evolved...
Read

Ford Reliability | 8 Dependable Models You Should Not Hesitate To Buy!

Auto shoppers put vehicle reliability at the top of their consideration before the purchase. With over a century of experience...