Automotive enthusiasts know that there is a car and then there are “Classis cars”. There are cars that we drive to work, cars we take to school, cars that we use to pick up groceries, and cars we use for hauling stuff to The Home Depot. They are reliable, practical, and functional. In most cases, they’re also relatively boring.

On the other hand, there comes the world’s most sought-after cars. They are the rare automobiles that offer more than transportation. These are the engineering marvels with excellent speed, high-end appeal, and extreme comfort. They are the ones who can be best described as insane sitting on four rubber tires. Purchasing the legendary classic cars is not as easy as the simpler ones. You have to consider a lot of aspects while purchasing these classic beauties.

Many of the most expensive vintage cars were produced in very limited quantities during their time. Of those few, many went undiscovered. Only a few of these rare machines are still in existence, boasting record-breaking speeds and handling from a long time ago.

If you have the money, you can also buy the coolest classic cars. What are you about to discover? Here you can find the world’s most expensive classic cars ever sold, their history, and the financial impact they had on their new owners. All of this information is totally research-based and driven by authentic sources like Forbes, RM Auction, SuperCars.net and many more.

So, let’s explore the list of the top 11 most expensive classic cars:

The 1980s Ferrari Testarossa is probably the most well-known of all the cars. It was prominently featured on the television series Miami Vice. There was a second “redhead”, named for the red valve covers on its engine that was much more exotic and rarer than the first. The 1957 Ferrari 250 Testa Rossa GT race car competed in many speed competitions, including The 24 Hours of Le Mans.

The ’57 Testa Rossa featured a 3 Liter, 300-horsepower V-12 engine and an amazing body. This is the most expensive classic car ever built at some time. It also had an 8,000 rpm Redline. This is quite impressive for a 1950s car. A 1957 Ferrari Testa Rossa was sold for $39.8 million in 2014 and set the record for one of the most expensive classic cars ever sold at auction.

The Testa Rossas won four out of six races in 1958 to win Ferrari’s third consecutive World Sports Car Championships for Constructors. It is one of the world’s most impressive classic cars according to an authentic source Gizmag. It has been restored multiple times and reunited with its original engine.

This Ferrari was one of many Ferraris that made it onto the list. The Italians are great at what they do. It was also the car in “Ferris Bueller’s Day Off”. It was the car Ferris and Cameron destroyed on a joyride through downtown Chicago.

The Spyder is stunning, to put it mildly. The Spyder is the ultimate sports car, with its long hood and two seats as well as a drop-top. The SWB California Spyder, a variation on the Ferrari 250, was especially for American markets. It features a 3.0-liter SOHC V-12 that produced 280 horsepower and a 4-speed manual transmission.

An extremely rare Ferrari 250 GT SWB California Spyder, was sold at Artcurial, Paris, for $18.5 million. It is one of only a handful ever made.

However, the tires of collectible cars are of utmost importance because the traveling experience is based on them as well. No matter how much old your car is, the tires shouldn’t be old because they are dangerous.

Bugatti, a French firm, made some of the fastest, most luxurious, luxury-laden, and expensive automobiles in the world during the first half-century of the 20th Century. Their cars were designed by Ettore Bugatti, an eccentric Italian engineer.

They had light bodies, big engines, and exotic styling. They were not able to survive World War II, like many European car manufacturers. A car dealer paid $9.8 million for this beautiful car.

Bugattis are often a test of automotive madness, and the 1931 Type 41 Royale Kellner is no exception. It was powered by a 12.7-liter straight-eight engine. This engine is still the largest ever used in privately-sold cars.

It is one of the most valuable classic cars of all time. The 330 TRI/LM was the final evolution of Testa Rossa’s Testa Rossa lines. It was driven by Olivier Gendebien and Phil Hill and won the 1962 Le Mans Race. Boasts a 4-liter V-12 that produces nearly 400 horsepower and is the last front-engine racing car made by Ferrari. This iconic beauty was sold in Italy for $9.2 million

The 540K Special Roadster is no exception. The two-seat, 17-foot (5.2-meter) convertible has classic styling. It features swooping front fenders, large headlights, and a tire mounted on its trunk. It was huge and exclusive. Only 26 Special Roadsters were made.

They were reserved for Europe’s elite political and financial class. The 540K had a 5.4-liter straight eight-cylinder engine that produced 180 horsepower thanks to the Roots-type supercharger. This is why the K stands for “Kompressor”. The amount of $9.9 million was paid for the 1937 Mercedes-Benz 540K Special Roadster.

Bugatti’s amazing automobiles were a great success in racing but also made some most valuable classic cars of all time. The Type 57SC Atalante is one of the most desirable examples. It features a unique roof, fenders, and riveted panels. A 1937 Bugatti Type 57S Atalante Coupe was sold for about $4.4 million at an auction.

The Type 57 SC was the final iteration. The supercharged 3.3-liter straight eight-cylinder engine produced 170 horsepower. The SC features a more balanced and stable chassis. It has the name “world’s first supercar”. A 1937 Bugatti Type 57S Atalante Coupe was sold for about $4.4 million at auction.

In 2014, an all-time record for the most expensive car sold at an auction was established, with this sizzling gem at $38.1 Million. This was just the beginning of an epic journey filled with records being broken. In 2018, another 250 GTO was sold at auction for $48.4 Million.

According to some reports, a private sale has put the record even higher at $70 million. However, it was an unofficial sale. Over the years, many media outlets have called the 250 GTO the greatest Ferrari of all time. It has also been dubbed the top sports car of all time.

Although it’s difficult to imagine a time when car engines produced only 10 horsepower. At the beginning of the 20th century that was sufficient to get the job done. Rolls and Royce teamed up to create 17 of these early automobiles.

The cars were powered by a 1.8-liter twin-cylinder engine. It is reminiscent of a horse-drawn carriage, with a steering wheel and no room for horses. It features large, brass headlamps and wooden spoke wheels. The horn looks almost like a musical instrument. This 1904 Rolls-Royce 10 hp was sold for $7,254,290 at the Bonhams Olympia sale.

In the 1960s Shelby and Ferrari engaged in a fierce racing rivalry. This pitted Shelby’s hot-rod tuners against Italy’s motoring aristocracy. Ferrari was the F.I.A’s dominant team. Ferrari was the dominant F.I.A. GT class, but Shelby wanted it to fall off its pedestal.

The Cobra team built the iconic cobra coupe. It featured a powerful Ford 289 cubic inch V8. It won: The Daytona Cobra Coupe was the first American car to defeat a Ferrari in European world championship racing. A 1965 Shelby Daytona Cobra Coupe sold for a record-setting $7.25 million.

Ferrari realized that racing was shifting away from front-engine layouts by the 1960s. With the 250 LM, they tried to capitalize on that trend.  A new type, the 250 engine from Testa Rossa was placed in the middle. This was the production version of the 250 P prototype car.

This particular Mercedes-Benz has a fascinating history. The SSK stands short for SuperSport Kurz, which is a German acronym. It’s smaller and lighter than the performance cars that were massively longer.

This was Ferdinand Porsche’s last Mercedes-Benz car before he started his own company. Although it was small, the engine of this supercharged 7.1-liter powerplant was powerful.

George Milligen, an Englishman and car collector, became the car’s eleventh owner in 1941. Milligen owned the car until his death in 1994 at the age of 95. Amazingly, the car wasn’t restored and had almost all of its original parts. Only the sump was changed in the 75-years of ownership. 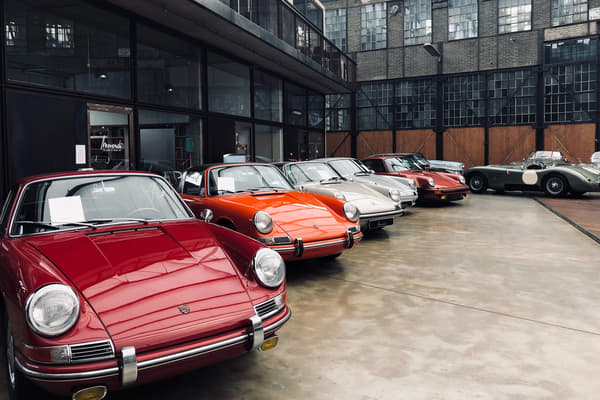 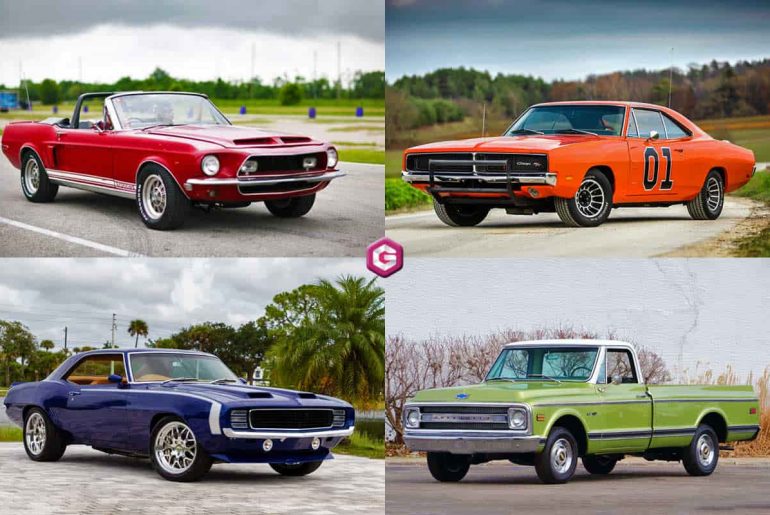 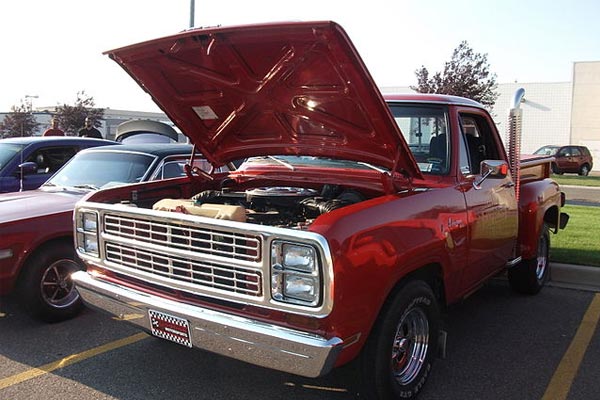 Everything you Need to Know About Dodge Lil’ Red Express Truck