This is the 9th highest peak in the world. The literal meaning of this peak is “naked mountain”. The etymological root of this mountain is in Sanskrit. It is derived from the words: “nanga’” meaning naked or bare and “parvat” meaning mountain. Due to its bare rugged structure it is being named so. It is also known as the Killer Mountain. It has been one of the deadliest mountains to climb so far and thus the name. It is not only very high and rugged but also intense and dangerous with its differing peak surroundings. The overall terrain is quite rugged.

The western anchor to the Himalayas, this mountain is one of the highest peaks being one of the eight thousanders coming from the Himalayas. The Indus River lies in the right south of this range. It is located in the Astore District. The North of Pakistan in Kashmir is area being taken over by the mountain peak. Right at the north of it is the Karakoram ranges.

The straight shooting high vertical limit of the range is one of the main features of this range. The local terrains dissipate in non-uniform directions in different ways. The south of the Nanga Parbat is the one of the highest mountain faces of the world as relief. This Rupal Face rises about 4,600m above the base feet. The north of the complex is quite gently sloping. The Rakhiot Flank rises well above 7,000m right from the Indus River slope. It is just 27km away from the general elevation of ten greatly elevating points of the Earth. The entire structure surrounding this mountain is quite complex and have several unpredictable elevations.

The core is that of a long riding ridge that moves more towards the south west and north east. The ridge is quite enormous with bulking blocks of ice and rock. The 3 main faces from this complex chain are Diamir face, Rakhiot face and Rupal. The southwestern part is also the main ridge which can also be called the Mazeno Wall. These happen to be some of the subsidiary peaks. The main curve to the ridge is the Rakhiot Peak ridge which is about 7,070 metres high. The massive Rupal Face is right above the main mountain peak, leading the way to the north. There are many subsidiary peaks as well as ridges coming out of this main mountain. The North peak also heads for the main summit and there is a beautiful glacier awaiting, right ahead across the shepherds’ village named Latbo. This glacier is also known as Latbo.

Attempts to climb this mountain have been one of the greatest challenges to all climbers. Back in 1895, Albert F. Mummery had led an expedition with the Diamir West Face to be reached first in mind. However on the way two of their Gurkha companions died right on the reconnoitering route to Rakhiot Face. The Nanga Parbat became one of the most famed foci for Germans who were interested in the Himalayan expedition. This called for many German mountaineers to be coming here to volunteer.

They even had made attempt to climb Mount Everest and make attempts from here since only the British had access to the pathway from Tibet at that time. Most of the initial German efforts failed. Paul Bauer led an expedition to Kanchenjungha through this way. He led two expeditions consecutively in the years 1930 and 1931. The party faced the dire constraints of the steep ridges, long and narrow pathways as well as greater expedition ways to the Everest.

The expeditions however could not make much progress also considering the limited aid in mountain climbing that was present at that time. K2 became one of the hardest to climb mountains. The remoteness of its location and the steep pathways to it made it quite the ordeal of a lifetime for the mountaineers to even reach its base. With Kanchenjungha and K2 being so difficult it can be understood that Nanga Parvat stood quite out of the way for most climbers. Though the Germans took the chance they had few chances to be successful.

The very 1st German attempt to Nanga Parvat was led by the team of Willy Merkl in 1932. This was one of the greatest German American expeditions that included German as well as American climbers. Among the main climbers there was Rand Herron, an American, Herbert Kunigk and Fritz Wiessner, who were German. This expedition turned out to be poorly planned and thus could not be successful enough. While the group had really strong climbers there was not enough detailed planning for Himalayan conquering experience. The number of porters for the expedition really turned out to be inadequate and thus this hindered the progression of the team. The team made it to the Rakhiot Peak however and established great feasibility to this route.

Previous articleTop 10 Accidental Inventions of the World
Next articleLake Saiful Muluk – Lies at an Altitude of 3,224m Above Sea Level 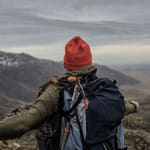 Saeed Baig
Saeed is a traveler who loves to explore the world and experience thrilling adventures. In short, he is living the life to fullest.

Although it seems like a distant dream now, it was only a year ago that the entire world was shut...
Read
Travel

World’s 12 Most Relaxing Vacation Spots to Explore in 2022

Just about everyone is feeling the need for a well-earned vacation after two years of living mostly at home and...
Read
Travel

Are you ready to dive into vacation planning? Have you booked your time off work and now you’re anxious to...
Read

How do zip lines work? Things to know before the first ride!

Zip lining has been around for hundreds of years. It has never gone out of style. However, it has evolved...