Why Do Cats Attack Pregnant Women? Ways to Protect Yourself From Feline Aggression!

It’s a famous myth that pregnant women should avoid cats. But why? Did you ever stop to wonder? Most people don’t and immediately rehome their cats as soon as the mother starts expecting. However, you don’t have to separate from your furbaby just yet.

While, it is true that cats become aggressive towards pregnant women, there are multiple different reasons behind it. Understanding these reasons is crucial to a healthy relationship between cats and expecting mothers. So, here are 7 main reasons why cats attack pregnant women and how to protect yourself.

How Do Cats Act Different When You’re Pregnant? Signs of Cat Aggression

Cat aggression during pregnancy isn’t only about attacking their owners. There are several other aggressive behaviors they exhibit around this time. These include;

No, your cat doesn’t suddenly hate you. There are many factors that cause aggression in cats. If you want to stop your cats from lashing out at you when you’re pregnant, learn to identify these causes and then, take steps to remedy the situation.

1. Cats Can Sense Your Pregnancy

Can cats sense pregnancy in humans? Yes! Cats and dogs are extremely sensitive creatures. They can sense your pregnancy and even hear your developing baby’s heartbeat long before any machine can pick it up. This unusual change can produce a variety of different emotions in them. Since they are uncertain of what is going on, their instinct is to lash out in order to protect themselves.

Pregnant women go through a lot of changes. It won’t be wrong to say that their entire body changes as well. These physiological changes happen to nurture the fetus; however, it makes you seem like a different person to your cat.

The changes in hormones during early pregnancy cause morning sickness, body aches, food cravings, and fatigue. It can even change the way you smell. Since cats are extremely sensitive to smell, you might as well be a different person to them. Therefore, this change scares them.

Furthermore, cats know that a newborn baby means less attention to them. Not to mention, you must be preparing your home to make it safer for the new baby, as well as changing your daily routine around your pregnancy. Plus, since cats like consistency; all these changes might seem hostile to them.

3. It Could Be Territorial Aggression

One of the reasons why cats attack pregnant women could be territorial aggression as well. Cats mark their territories and hate it when someone disrupts their peace. Usually, cats get aggressive with other cats over this feud. However, in the case of a pregnant owner, the cat identifies her as the culprit who’s changing their territory and bringing an infant who might take away all the attention.

Again, your cat might simply be overwhelmed and stressed out about all the changes occurring in their human as well as their environment.

5. Cats Are Sensitive to the Mood Swings of Pregnant Women

One answer to why cats attack pregnant women could be linked to the sudden mood swings of the pregnant owner. Like I said earlier, cats are sensitive to changes in their pregnant human, so they could simply be reacting to the emotions of their owner.

6. Your Feline Baby Could Be Feeling Neglected

Cats are prone to separation anxiety. They might become depressed and act out when they feel neglected over a long period of time. It is common for cats to act jealous and aggressive when they sense competition, in form of another kitten or a human baby.

All cat aggression isn’t caused by pregnancy. In fact, owner-directed aggression is one of the most common behavioral problems in cats. According to a study, about 27% of cats get relinquished to shelters due to these behavioral issues.

Do All Cats Become Aggressive When Their Owner is Pregnant?

In a nutshell, no. Not all cats become aggressive and start attacking pregnant women. In fact, some cats become overly affectionate and protective of their pregnant owners and start cuddling with them. They even follow them everywhere out of protectiveness.

Is It Risky to Have a Cat During Pregnancy? Toxoplasmosis and Pregnant Women

Famously, cats are carriers of toxoplasmosis, a parasitic infection that severely damages the lungs and brain of a person. Pregnant women and fetuses are especially at a risk. The disease is spread from the mother to the baby inside the womb. While some infected babies do not show any symptoms until later in life, others are born with serious brain and eye damage. Usually, Toxoplasmosis causes blindness and mental disabilities in the patient.

However, having a cat during pregnancy is not a definite death sentence. In fact, the myth surrounding toxoplasmosis, cats and pregnancy is pretty far-fetched. According to the Centers for Disease Control and Prevention, toxoplasmosis is mainly spread through raw or undercooked meats and vegetables, as well as contaminated water.

Usually, a cat becomes infected with the parasite when they eat rodents and other small animals. The parasite matures in their bodies for about two weeks and is then passed out through feces. Humans get infected with toxoplasmosis when they come in contact with these feces. Even then, it might do absolutely no damage if your immune system is strong and healthy. Symptoms commonly show in people with weakened immunity.

To put it simply, yes having a cat might increases your chances of contracting toxoplasmosis. However, it won’t be a problem if you take preventative measures.

How to Protect Yourself When a Cat Attacks You During Pregnancy?

Protecting yourself from feline aggression during pregnancy is more to do with taking extra care of your furbaby than taking a defensive stance. Here are some ways to reassure your feline baby while also protecting your unborn baby.

All in all, pregnancy is already a stressful time without your cat making it even more dangerous. Nonetheless, there is no mysterious reason why cats attack pregnant women. It’s just about them having difficulty adapting to the sudden changes. If you pay extra attention to your feline baby, cuddle with them lots and gradually introduce the changes, they will adapt and stop being aggressive.

Previous articleHow to Pack a Backpack? Step-by-Step Guide
Next articleFord Reliability | 8 Dependable Models You Should Not Hesitate To Buy! 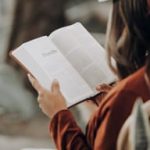 Alisha Shabbir
Alisha Shabbir is a Student, Content Writer and hopefully, a Future Bestselling Author, whose sole passion is to create content that's not only Aesthetically Pleasing but also Progressively Life-Changing. Currently, she has all her resources focused on producing content that improves the quality of life. She writes on a broad range of topics which cover different aspects of life and tackle various issues When she's not working, you can find her buried in Books, lost in Music or Procrastinating on her assignments.

How to Dress for a Birthday Party! 20 Party Outfits That Are Sure to Make You Stand Out!

Deciding what to wear to a birthday party is always confusing. But, if the birthday is yours, then you can...
Read
Animals

How Often Do You Take a Cat to the Vet? Vital Cat Healthcare Tips!

Pets are wonderful to have. They bring so much value, meaning, and happiness to our lives. In turn, it is...
Read
Relationship

In the midst of hook-up culture and casual dating, it is extremely difficult to find a partner who is serious...
Read

How Often Do You Take a Cat to the Vet? Vital Cat Healthcare Tips!

Pets are wonderful to have. They bring so much value, meaning, and happiness to our lives. In turn, it is...