We all had that one heated conversation caused by a misunderstanding or a difference of views. Disagreements are a regular occurrence in the workplace. It is expected even because the workplace is an environment where individuals from mixed backgrounds work together to achieve a common goal.

Due to their diverse backgrounds, everyone’s approach to a problem will be different. This diversity usually leads to disagreements that often escalate. For many people, the automatic response to a heated retort is to reply aggressively, but that only increases the aggression and makes everyone lose sight of the goal.

So, how does one handle heated disagreements and ensure that the goal of the conversation is achieved? How can we promote civil discourse even when our opinions greatly differ? You can suggest both parties apologize or take some minutes to calm down. Still, the situation is bound to repeat if proper discourse guidelines are not set.

Before any conversation starts, the team leader should remind everyone that contributions should be kept civil, which means personal attacks and insulting language are not allowed. Team members should be reminded that another person not sharing their view is not an attack on them, and they shouldn’t lose sight of the goal, which is the growth of the company.

It would be best if the organization operates an inclusive and diverse work environment because it will get the team to listen more and focus on achieving organizational objectives. You won’t worry about how to create equity in the workplace if company policies and values recognize fairness and accommodate alternate opinions.

Despite the best company policies, disagreements often get heated. If you find yourself in a heated disagreement, your best approach should be to;

We often pick sides during disagreements and formulate a litany of responses while the speaker is talking. We miss important aspects of the speakers’ speech and attack what we think we heard. This misunderstanding only increases the rift and worsens the situation, with everyone feeling right.

To de-escalate this, you need to understand that your colleagues’ emotional outbursts might result from the unfairness they have had to endure. Contradicting or even disagreeing with them might make them feel invalidated and unappreciated.

Since our goal is to de-escalate the situation, you must truly listen to their complaints and understand their perspective. This way, they’ll feel heard and understood. Since the underlying feeling of being unappreciated has been tackled, they’ll feel relaxed and more attuned to having a more civilized discourse.

Objectivity and fact are often secondary considerations in heated arguments. Trying to reason with the person yelling wouldn’t produce any positive results. The trick to resolving the conflict is to tackle the underlying problem. This involves asking strategic questions that encourage a diverse array of answers. The response will reveal what is fueling the anger or frustration.

However, ascertaining the crux of the problem is only one step. Finding a solution that works for everybody is the main step in reducing tension. If you’re in a heated confrontation with a coworker, signaling that you’re willing to listen to their concerns and tackle the problem can ease the hostility.

3. Be Cautious About Body Language

Body language is often overlooked, but it contributes to the duration or intensity of the disagreements. Watch your body language when in an intense disagreement because the speaker might view some actions as aggressive.

Standing too close to the speaker will make them feel threatened or cornered, and the most common response is to lash out. Although intense arguments can be off-putting, understanding the need not to point at the person, invade their personal space, or clench your fists will help to de-escalate the situation.

Additionally, try not to adopt threatening or aggressive postures like gritted teeth or intimidating stares. You might respond correctly, but your body language might be at odds with your words. To correct this, open your arms, sit erect, and speak in your normal tone.

Although it’s advisable to avoid adopting aggressive postures, adopting defensive postures is also unwise. The goal is to appear neutral and show respect even with body gestures.

Suppose a colleague feels they’re being treated unfairly or disrespected; instead of dismissing their claims, you should check to see if their claims are valid and promptly apologize.

With the increasing political and social issues polarizing society, heated disagreements will only increase. There are always people whose worldviews, realities, and approaches to work problems do not align with yours, and involving them in arguments, especially at work, can get heated.

However, by applying the tips listed above and being willing to understand the other’s position, intense disagreements can be abated.

Previous articleHow to Dress for a Birthday Party! 20 Party Outfits That Are Sure to Make You Stand Out!
Next article13 Most Beautiful Beaches in the World You Should Visit in 2023 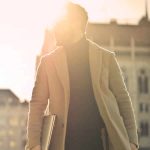 Thomas Elliot Young
Thomas is a passionate Business Blogger and is interested in creating and developing efficient blog posts related to Business and Technology. He loves to share different business ideas to bring benefits to those around him.

Investing in Singapore Property: The Types of Properties Available

Singapore is a country that is known for not having a huge amount of land space, but the good news...
Read
Finance

How to Pay Off Debt Faster? 6 Creative Debt Pay Off Methods

If you have a large sum of debt that’s worrying you, you’re not alone in this puddle. According to CNBC,...
Read
Employment

In today’s hypercompetitive market, where thousands of other businesses are biting your heels. You have to leave no stone unturned...
Read

How to Winterize a Camper? A Step-by-Step Guide!

The quest for freedom has made the RV lifestyle really appealing to a large group of people. It is a...

How to Dress for a Birthday Party! 20 Party Outfits That Are Sure to Make You Stand Out!

Deciding what to wear to a birthday party is always confusing. But, if the birthday is yours, then you can go all out! Don't...