How to Be the Man in a Relationship? 10 Helpful Tips from Experts!

Men are wired differently than women. They are the ‘providers’ of a family which is an important role a man has to play. But despite witnessing rich husbands or boyfriends, there are unsuccessful marriages and broken hearts.

What is the Role of a Man in a Relationship?

1. You Respect and Accept Her

It all begins with respect, not only for her but women in general. Without respecting your partner, your relationship cannot survive. You accept her the way she is. Do you respect her opinion, personality, religion, values, physical and emotional needs, her flaws? If not, then you cannot be a better man in a relationship.

2. Take Responsibility (for Your Actions and Decisions)

Sadly, a lot of men think a relationship is all about dating and having fun. They make mistakes and blame others, even their partner. Taking responsibility for your actions and decisions is key to being dependable and building trust in your relationship. To be the man in a relationship, practice self-awareness. Be more aware of your own actions and reactions that can trigger negativity and hurt your relationship. Accept and apologize when you are wrong. Also, have open communication with her about your feelings and listen to your partner as well.

3. To Lead is the Role of a Man in a Relationship

To be the man in a relationship, don’t be afraid to take the lead. Women love to depend on their men no matter how strong they are. When it comes to a relationship, they look at you as a leader. No matter how difficult the situation is, step forward and deal with it. People, women, in particular, don’t like a man who sits back and wait for the solution to their problems.

Loyalty and commitment are two go-to attributes that define how to be the man in a relationship. A real man knows that a strong and healthy relationship needs hard work and effort. His woman needs his loyalty and full-time commitment. Commitment not only requires loyalty but also honest communication and support in difficult times. So, if you are wondering what it takes to be the man in a relationship, stay faithful and commit yourself completely to your partner.

5. Be Strong and Make Decisions

By being strong we don’t mean someone who conquers a city or fights battles. But a real man who is strong enough to control his anger and can make wise decisions. If you idealize how to be a man in a relationship, don’t blow up in anger be it a fight with your partner or just a petty argument. Blowing up in anger is fatal for a relationship. Disagreements will always be there. But if you are not flexible and reluctant to involve her in decision-making, she may resent you. Also, don’t leave every decision for her to make. As we said above, you are the leader and she is your support.

6. Protecting Her is the Role of a Man in a Relationship

To be the man in a relationship she needs, protect her. Even if she can defend herself, she wants you to be there for her. You should protect her in different ways such as by validating her emotions, providing financial security, and emotional support. One of the important roles of a man in a relationship is to protect his woman from any physical aggression. But be sure of all the details and calculated before acting in such ways. Along with being protective, make sure you are kind and considerate to everyone.

7. Make Her Life Meaningful and Romantic

A real man is aware that most of the time is spent putting effort into nonsexual and unromantic things. Besides appreciating how beautiful she is, he also remains passionate and expresses his love. He is not shy from saying the magical words, ‘I love you!’ He values her opinion in meaningful discussions, future plans, and a general outlook on life. With the right man in a relationship, there is always an element of humor and lively moments together. His sense of awareness, sensitivity and intelligence make him a charming and genuine person.

The right man will agree with you but knows when to say no. Not always being a yes-man is a sign of a strong man. Whenever he differs, he will speak up his mind. While respecting your opinions, he owns and exercises his right to be himself. While he accepts your personality he maintains his own as well. He is brave enough to tell you when he disagrees and he means it.

He is aware of his priorities and doesn’t want his relationship to define him. He respects the lone time, for himself and for you too. He will give time to his hobbies and will appreciate yours too.

9. He Has a Genuine Interest in You

To be the man in a relationship, he will show genuine interest in you. He would be curious to know your interests, hobbies, and little things that interest you.

10. He Apologizes and He Means It

When you make mistakes and screw up things, accept your fault and apologize. You might not like your emotions and feelings at times. But when things go wrong, offer her a genuine apology, not only flowers. You should truly recognize your fault and don’t repeat it. Besides apology, take actions to fix the situation and avoid it in the future.

It needs genuine efforts to be the man in a relationship. Likewise, women should play their part to make their relationship strong and long-lasting.

Previous articleHow do zip lines work? Things to know before the first ride!
Next articleHow to Start a Shipping Business? 12 Tips for Company to Win 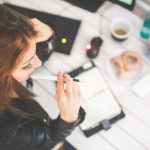 Soutihttps://www.iguides.org/
Souti is a freelance writer, she writes for many websites and blogs. Her forte in writing is on lifestyle, health, beauty, relationships, and parenting. Enjoy her work with us here at iGuides.org

Planning for a vacation or family reunion? There is nothing wrong with throwing your stuff in a backpack and saying...
Read
Health and Fitness

How to Find Inner Peace and Happiness? 7 Ways to Declutter Your Mind

Nowadays, everyone's life is hectic. Everyone faces something every day, whether it's little kids getting ready for a tiring day...
Read
Animals

Why Do Cats Knead? Here Is What Experts Are Saying

If you are a cat parent, you must have at one point in life thought this: 'Why do cats knead?' 'Why are...
Read

In the midst of hook-up culture and casual dating, it is extremely difficult to find a partner who is serious...